How the U.S. Constitution impacts you and local government 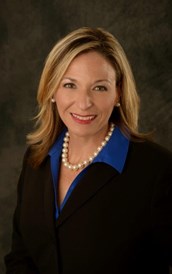 Our state constitution mirrors the federal constitution in many ways, but also includes critical government oversight at the local level.  In 1838, the Florida Constitution established a Clerk & Comptroller as an independent constitutional officer and elected public trustee, creating a system of checks and balances at the county level. Independent oversight guarantees residents that expenditures are lawful and policies are being followed.

I serve as your Clerk of the Circuit Court and County Comptroller, including Ex Officio Clerk of the Board of County Commissioners, Auditor, Recorder, and Custodian of all County Funds.

My role is governed by statutory authority in carrying out the duties and functions of this office.

We perform over 1,000 different constitutional and statutory functions and duties that grow with legislation, regulation, and reporting requirement changes.

This office is home to a dedicated group of accounting experts, auditors, and Clerk staff who provide the necessary oversight of the County's finances and policy.

Financial oversight includes confirming that expenditures serve a lawful public purpose by conducting a pre-audit of all county spending before payment is processed. And provide accounting services to all departments under the Board of County Commissioners. The accounting department follows statutory authority and adheres to generally accepted accounting principles (GAAP) and follows best practices recommended by the Government Finance Officers Association (GFOA).

The Division of Inspector General conducts post-audits. These audits aim to verify that all financial transactions:

Not only does the Division of Inspector General conduct financial audits, but it also provides policy oversight by:

All audit reports conducted by the Division of Inspector General are available to the public on our website at www.ManateeClerk.com, along with annual financial reports.

This Constitution Week, know your Clerk & Comptroller protects the public trust by the constitutional authority granted to oversee the tax dollars of we the people.